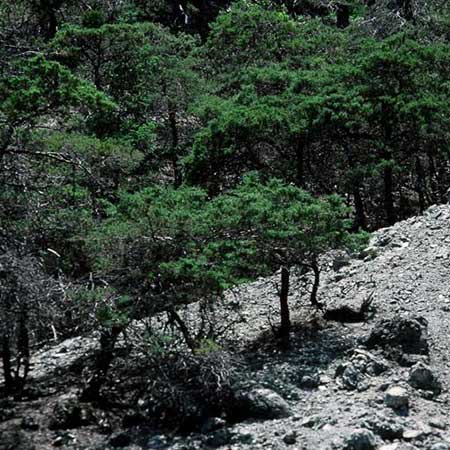 These communities are good indicators of wildfire and mechanical disturbance. Sargent cypress stands typically recruit new trees following stand-replacing wildland fires, making this a key disturbance process for their long-term persistence. A combination of shade and the properties of serpentine soils make these communities relatively resistant to weed invasion, with the exception of disturbance created by roads, trails, and fuel breaks, which can create a point of entry for some invasive species (LCA, 1995).

The overall condition is Good. Stands have an even-aged appearance, a lack of visible canopy disease, and a low abundance of non-native species (Evens & Kentner, 2006).

Updates to previous maps done in 2014 revealed that the overall extent of Sargent cypress communities showed No Change. Trends for recruitment levels and invasive species cover are unknown.

We have Moderate confidence in this assessment based on Marin Municipal Water District data on the extent of Sargent cypress communities from 2004 and 2014 (AIS, 2015), and Marin County Parks surveys from 2008 (AIS, 2008).