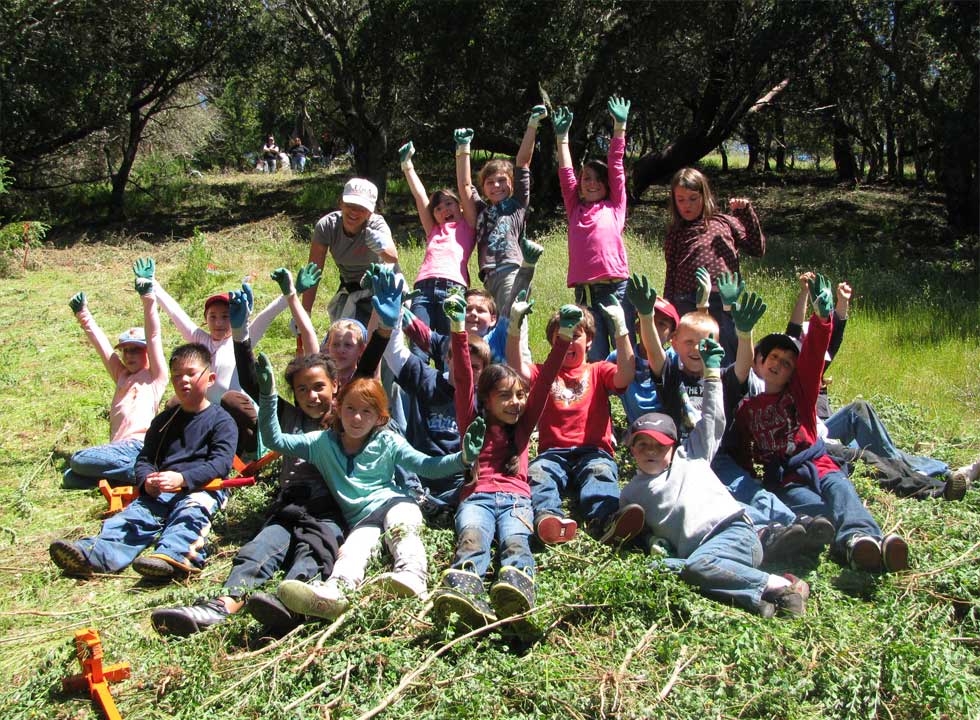 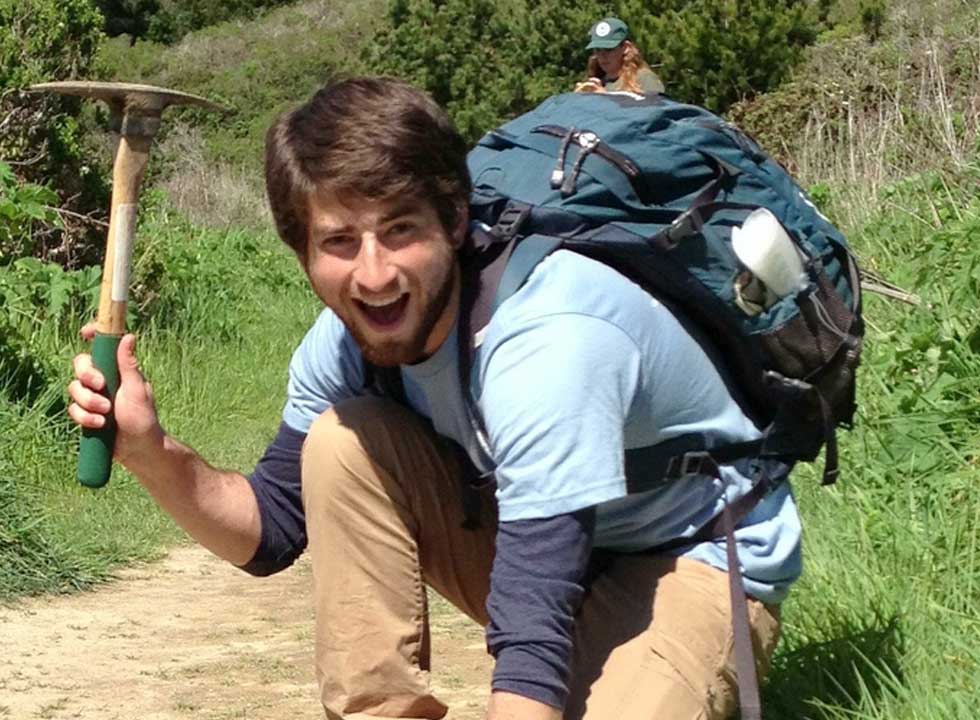 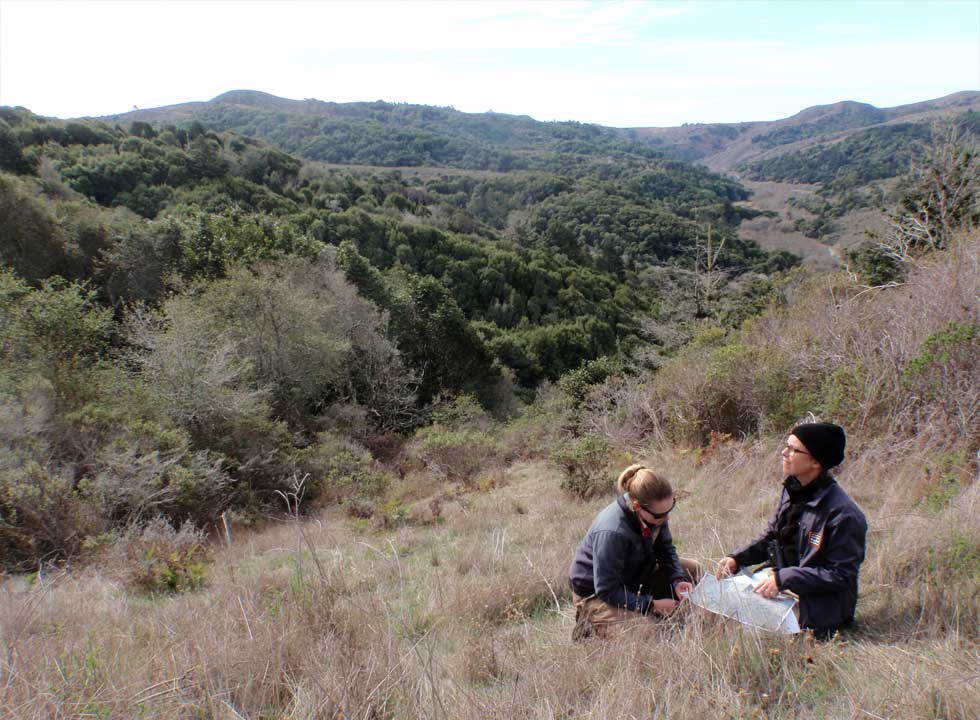 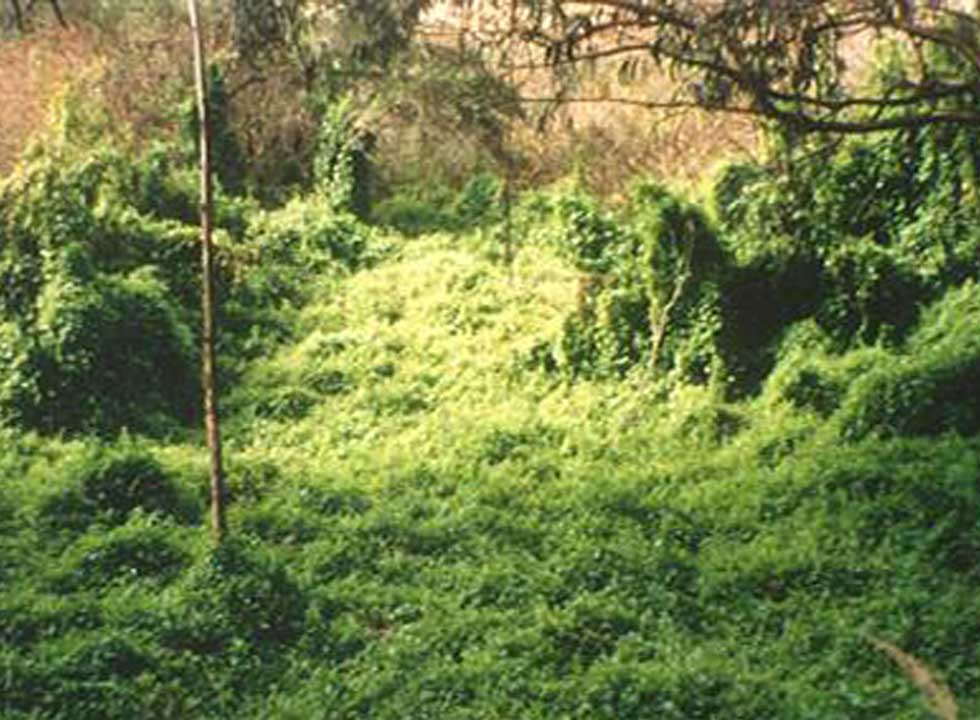 Invasive species like the Cape ivy pictured here have completely taken over some areas of Mt. Tam

Mt. Tamalpais boasts expansive tracts of grasslands, chaparral, and forests that are relatively weed-free. These precious refuges are home to many species that are declining elsewhere in California, but their proximity to populated areas means that they are subject to a continuous influx of non-native invasive plants.

Managers must often stop at jurisdictional lines when managing weeds. Systematically removing weeds when they first crop up is among the most efficient ways to protect Mt. Tamalpais’ legacy landscapes, but there must also be years of follow-up to keep dormant seeds and roots from reestablishing.

Mt. Tamalpais’ land managers’ ongoing weed control efforts have been hindered by a shortage of staff, funding, and interagency coordination. A holistic One Tam Weed Management Program fills these needs and builds on successful existing models to find and eliminate priority weeds and engage volunteers in caring for Mt. Tamalpais.

View the One Tam Early Detection Rapid Response Protocol for invasive plant monitoring. Developed in 2016 and subsequently revised, this Early Detection Rapid Response protocol serves the invasive plant monitoring needs of the One Tam agencies. While this protocol is in routine use at One Tam, it is also a living document, with occasional changes to the species list or other elements.