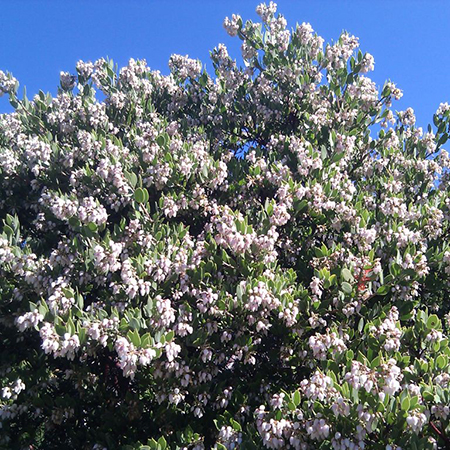 Over 40 rare plants are currently known from within the One Tam area of focus. The majority of these fall into a few community types, and certain suites of species were chosen to indicate the status of those communities.

Approximately half the rare plants (by both number of taxa and number of populations) are serpentine endemics. Serpentine barrens are characterized by open, rocky soil and support mostly scattered annuals such as jewel flowers, rosinweed (Calycadenia multiglandulosa), navarretias, and a few perennial plants such as lomatiums, and buckwheats. Many rare and locally rare (and Mt. Tam endemic) plants may also be found within these areas. Rare plants within the serpentine barrens plant community were sorted into “relatively common” and “relatively uncommon” to measure both biodiversity and the health of open-canopy serpentine types.

The part of Mt. Tam that receives a marine influence (in the form of summer fog) contains maritime chaparral, which is also associated with several special status plants.