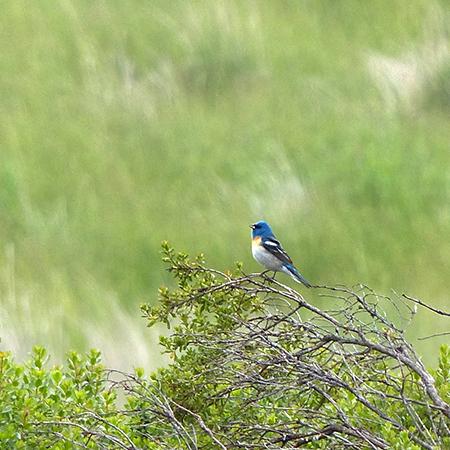 Coastal scrub and chaparral communities are in Good condition with No Change in their overall trend. They have been stable and show no major negative signs from the impacts of ecological stressors that are affecting many of Mt. Tam’s other plant communities such as invasive species, or Douglas-fir (Pseudotsuga menziesii) encroachment. Their extent has remained fairly stable and the have a full complement of associated bird species.

It is not currently known to what extent Phytophthera species, such as the one that causes Sudden Oak Death, have affected these plant communities on Mt. Tam.

A recent analysis of projected future vegetation changes forecasted increases in shrublands, especially chamise-dominated chaparral (Cornwell et al., 2012). However, even chaparral species that are adapted to or tolerant of very dry conditions are not immune to drought stress, and may suffer under hotter, drier climate scenarios (Jacobsen et al., 2007; Paddock et al., 2013). 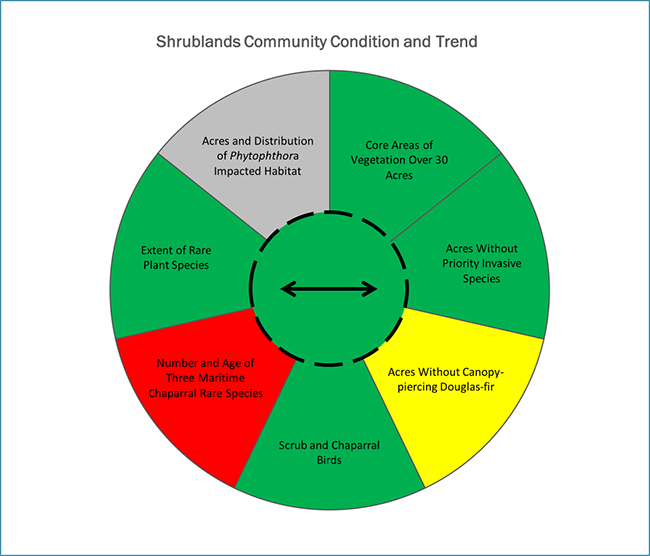