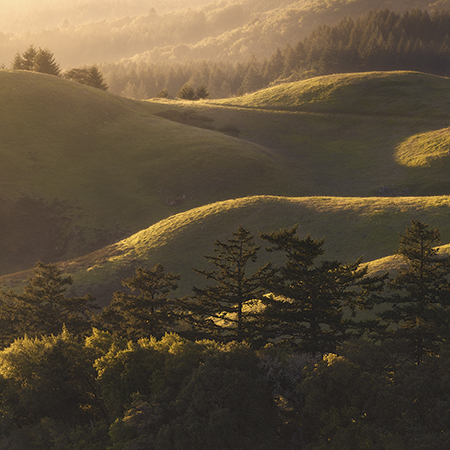 Shrubland communities are in Good condition with No Change in their overall trend. Coastal sage scrub- and other chaparral-dominated areas have been stable and show no major negative signs from the impacts of ecological stressors that are affecting many of Mt. Tam’s other plant communities. They are usually relatively free of invasive species, and have experienced limited Douglas-fir (Pseudotsuga menziesii) encroachment. Their extent has remained fairly stable and they have a full complement of associated bird species.

Recent analyses of projected future vegetation changes for the San Francisco Bay Area forecast increases in shrublands, especially chamise-dominated chaparral (Cornwell et al., 2012; Ackerly et al., 2015). However, even chaparral species that are adapted to—or tolerant of—very dry conditions are not immune to drought stress, and may suffer under hotter, drier climate scenarios within their current distributions (Jacobsen et al., 2007; Paddock et al., 2013). As a result, these shrub-dominated vegetation types are expected to shift to lower elevations and toward the coast.

Thorne et al. (2016) concluded that grasslands will have mid to high climate vulnerability in the future. Thus grasslands will be expected to shift in space and change in composition and quality. Near the coast, some grasslands may be lost to coyote brush while away from the coast grasslands could expand at the expense of forests and woodlands (Cornwell et al., 2012). These habitats are also vulnerable to succession in the absence of periodic wildfires.

The American badger (Taxidea taxus) was historically an important component of grasslands, but this species was likely extirpated in many parts of the northern coast, including the Mt. Tam area of focus. Recent sightings in other parts of Marin County indicate that his species may be slowly recovering in the region. In the time since this report was completed, American badgers have also been detected on Mt. Tam through the Wildlife Picture Index Project.

Currently, there is no empirical evidence of the presence and abundance of bird species within Mt. Tam’s grassland communities, so they cannot be included in the assessment at this time. Additional future research, surveys, and monitoring may provide the data needed to include these important grassland health indicators in future analyses. 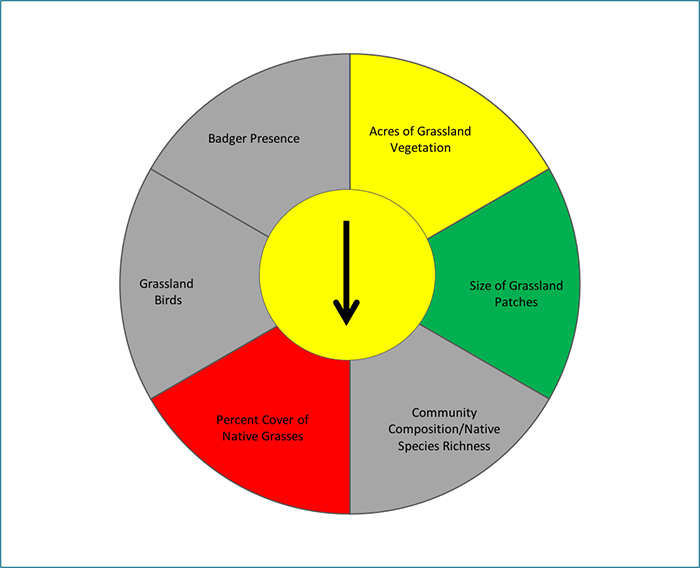