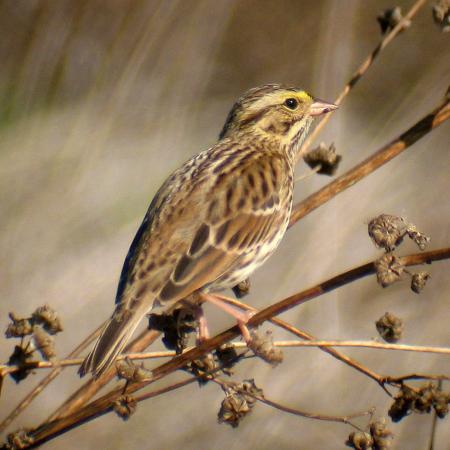 The overall condition of grassland-associated birds is Unknown.

Point Blue Conservation Science was unable to assess patterns of abundance from 1996 to 2013 because data were insufficient for grassland-associated birds (see References below). This is likely because the data are primarily from Marin Municipal Water District lands of which grassland acreage is low and because grassland birds naturally occur in relatively low densities.

The need for a standardized monitoring program that covers all One Tam agency lands was identified as a critical data gap through this health assessment process. Because grassland birds are declining both regionally and statewide, additional surveys should be implemented to determine the condition of grassland birds in the One Tam region. 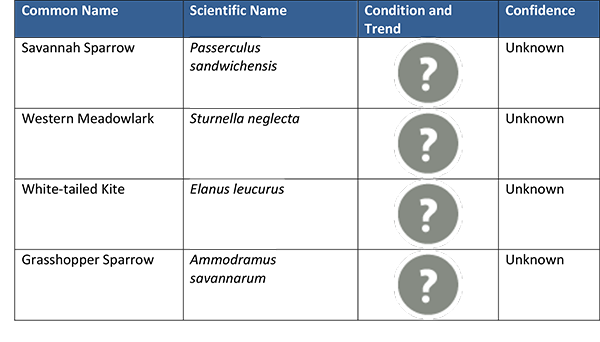