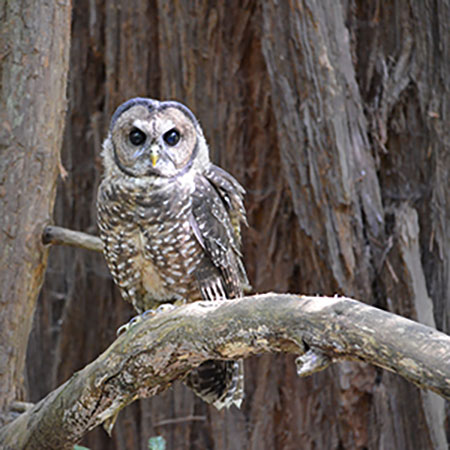 A healthy population of Northern Spotted Owls on Mt. Tam would remain stable or increase over time. Additionally, existing high levels of pair occupancy and fecundity would be maintained within the observed normal range of variability, or above long-term average values based on monitoring data. Lastly, the threat from Barred Owls would remain low.

What is the Current Condition?

Based on the metrics used for this health assessment, Northern Spotted Owls in the One Tam area of focus are in Good condition. Pair occupancy of territories ranged from 74–97% of nests surveyed, depending on the year, with an average pair occupancy of 87%. Fecundity has been variable, but within an acceptable range, and there are currently no confirmed Barred Owls within monitored areas in Marin County (Ellis, 2016).

This species is showing No Change in pair occupancy of breeding territories and fecundity, and an improvement with the current lack of Barred Owls in Marin County.

Confidence is High, as Northern Spotted Owls are monitored on an annual basis within and adjacent to Mt. Tam on both National Park Service and California State Park lands, as well as by Point Blue Conservation Science on and adjacent to Marin Municipal Water District and Marin County Parks lands. 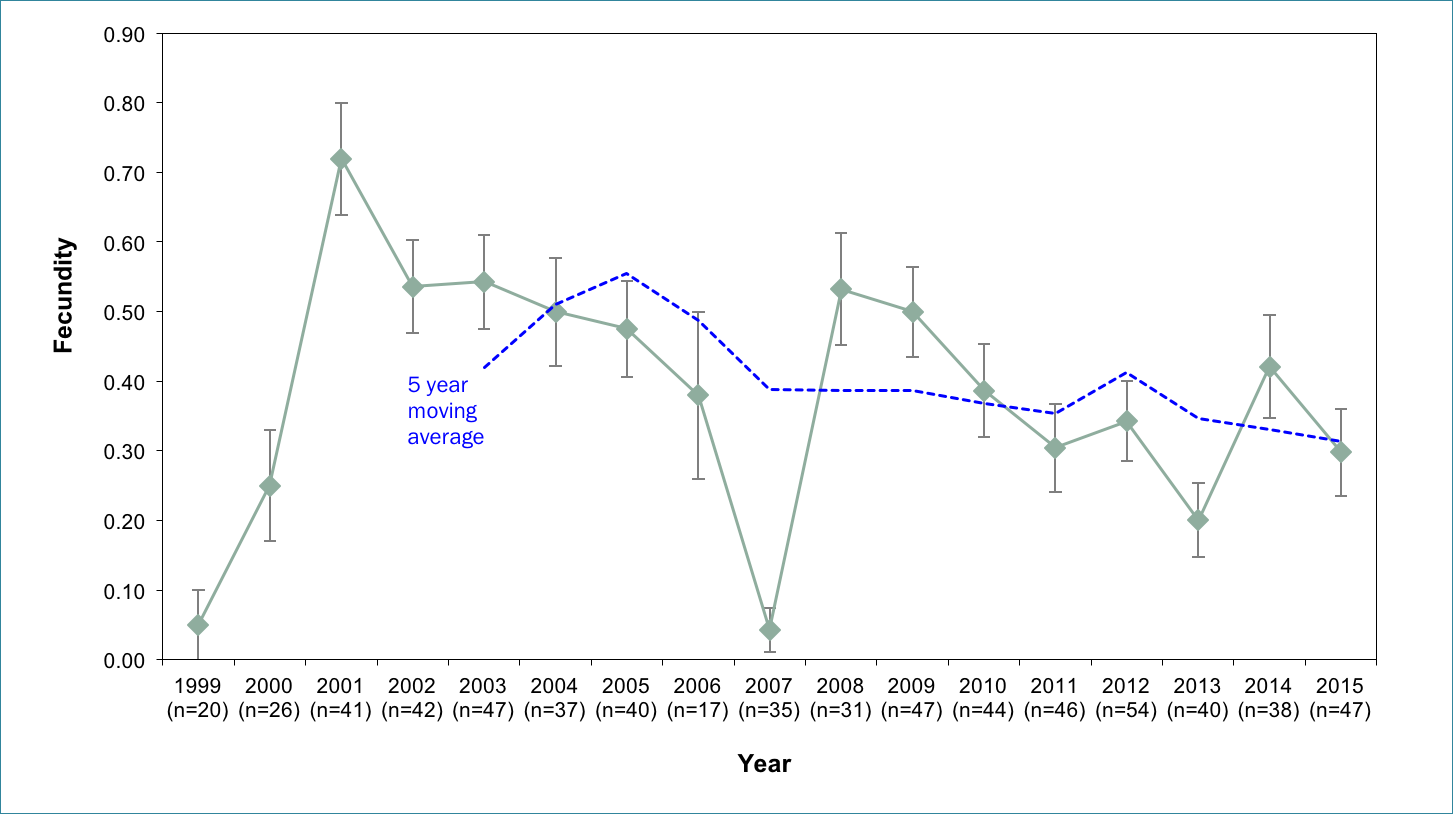