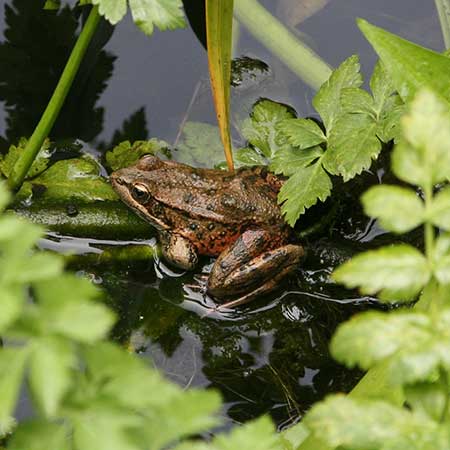 The overall condition is Good. 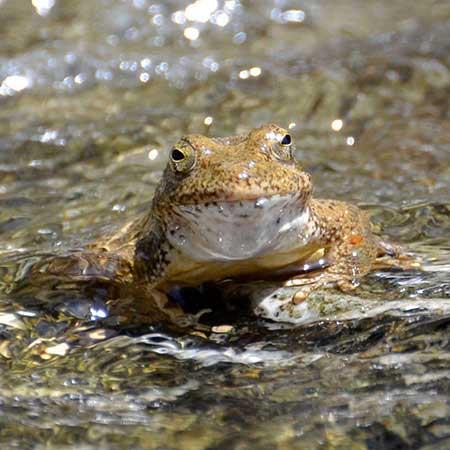 The current condition is Poor. 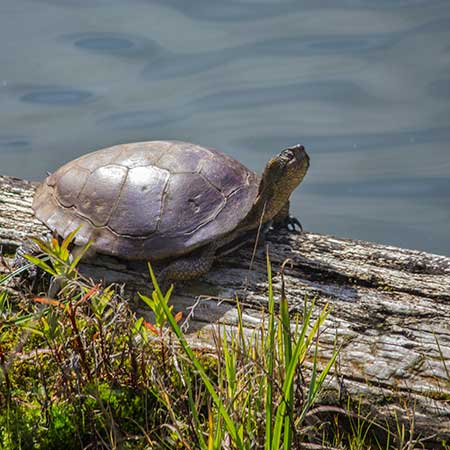 The overall current condition is Good.

Thin-skinned, long-lived, and totally dependent on aquatic habitats for part of their lives, amphibians are good indicators of stream, pond, and wetland conditions. They are sensitive to changes in hydrology and precipitation, as well as to invasive species, pollutants, and toxins. Some reptiles may be good indicators of the health of the terrestrial habitats they live in as well.

Although there has been no comprehensive survey of reptiles or amphibians in the One Tam area of focus, land managers have enough data to assess the condition and trend for three species that have been the target of specific monitoring programs.

Now eliminated from 70 percent of their former range, federally threatened California red-legged frogs (Rana draytonii) are now primarily found in coastal drainages from Marin County south to San Simeon. On Mt. Tam, they live in the Olema Creek Watershed, and at Muir Beach where they have made a remarkable recovery in recent years thanks to habitat restoration efforts there.

The foothill yellow-legged frog (Rana boylii) may be found in streams from Oregon south to Los Angeles County, including at elevations up to 6,300 feet in the Sierra Nevadas. This species is now only found across half of their historical range, and has experienced a severe drop in numbers in the San Francisco Bay Area. The Marin Municipal Water District has been monitoring foothill yellow-legged frogs since 2004, and has implemented restoration projects and other protection measures for them within the One Tam area of focus.

Western pond turtles (Actinemys marmorata) have declined dramatically throughout the state in recent decades. The few representatives of this species found at Muir Beach in the early 1990s have disappeared. However, Marin Municipal Water District lakes host populations of western pond turtles, which have been the focus of monitoring programs since 2004.

The images and links at the top of this page provide more information about the condition and trends of these three species on Mt. Tam.