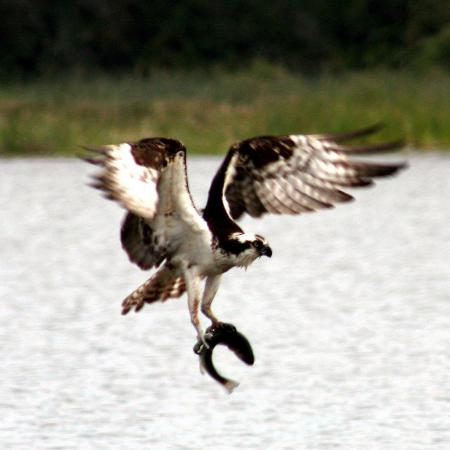 Because they feed almost exclusively on fish, the breeding success of Ospreys (Pandion haliaetus) in the lakes and reservoirs in the One Tam area of focus is a good indicator of water quality and fish abundance. The Kent Lake Osprey colony was first established in the mid-1960s and has been monitored continuously by the Marin Municipal Water District since 1981.

Persecution and environmental contamination in the 19th and early 20th centuries led Osprey to be listed as a California Species of Special Concern. The Kent Lake Osprey colony peaked in the mid-1990s, then entered a period of gradual decline over the subsequent two decades. Recent monitoring suggests the colony is currently about half of its former size.

A healthy nesting population of Osprey on Mt. Tam would remain stable over time. High levels of pair occupancy and annual reproductive success would be maintained within the normal range of variability, or above long-term average values based on recent historical monitoring.

The overall condition of Kent Lake’s Osprey colony is Good. Adequate dead tree nesting habitat is present at Kent Lake, and nest site occupancy has been above 75 percent for all but four of the past 13 years. Because reproductive success has not been measured since 2000, that remains unknown, but the numbers of active nests are encouraging.

Overall confidence in these assessments is Moderate thanks to consistent nest survey data since 1981, recent tree counts, and encouraging signs of high levels of nest activity. 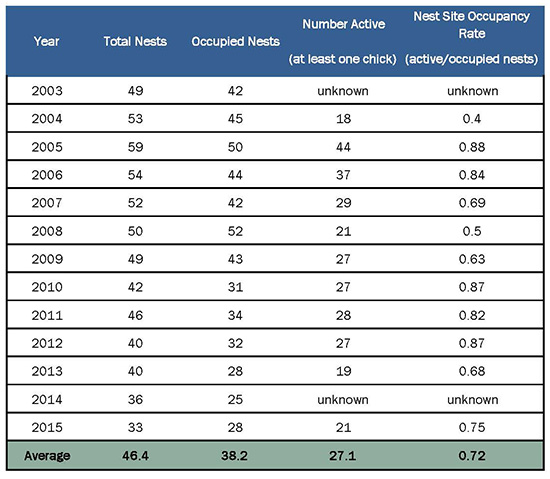 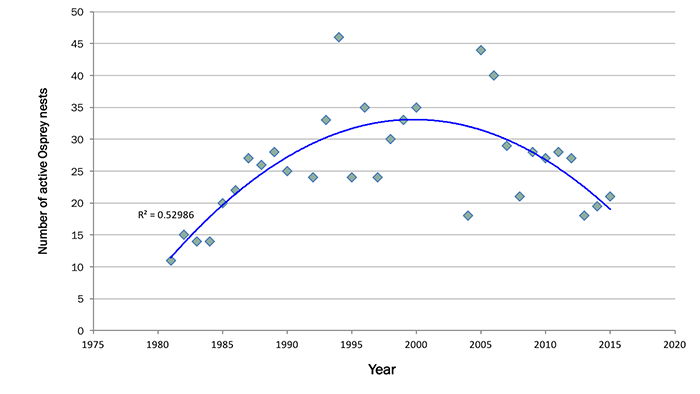