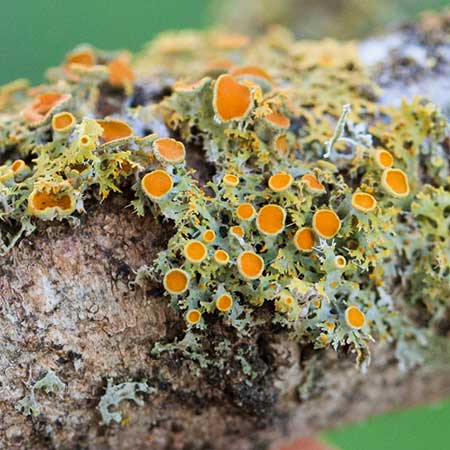 Overall biodiversity on Mt. Tam is in Fair condition. Some taxonomic groups have experienced local or global extirpations and include species that are in perilous condition, while others are faring better with limited extinctions and generally healthy populations of extant species. The trends in overall biodiversity are relatively Unchanged, though some taxonomic groups are faring better than others.

The health of the overall biodiversity of Mt. Tam is represented by a collection of key taxonomic groups seen in the figure below. Each group has one equal segment, and each segment was given its own condition, trend, and confidence score by aggregating the metrics of the species within them.

Biodiversity for plants has a Cautionary condition and a downward trend. There are over 700 native species, but also over 300 non-native species. While some non-native species have limited distribution and impact, many others are noxious invasives that are impacting native species and processes. In addition, there have been 68 documented likely plant extirpations and of the known extant native plant species, 43 are considered rare, threatened, or endangered.

For birds, the aggregated condition and trend was calculated from the species trait-status database, which includes species that were chosen as good representatives of the whole bird population on Mt. Tam. The individual status and trends of the indicator species were rolled up to habitat community level, then aggregated again to obtain an overall condition and trend.

The other taxonomic groups were assessed by aggregating the condition and trends of the individual indicators within that group. For example, the mammal grouping included native mammal diversity, American badgers (Taxidea taxus), and North American river otters (Lontra canadensis). Based on this level of analysis, birds and mammals are in Good condition. Amphibians and reptiles are in Fair condition, mainly because of the precarious state of the mountain's foothill yellow-legged frog (Rana boylii) populations. Fish are in Poor condition as a result of declines in coho salmon (Oncorhynchus kisutch) numbers in Redwood and Lagunitas creeks.

Future work to refine this overall biodiversity assessment could include looking at extirpated animal species, as well as other important taxonomic groups currently lacking in data, such as fungi, lichens, and invertebrates.