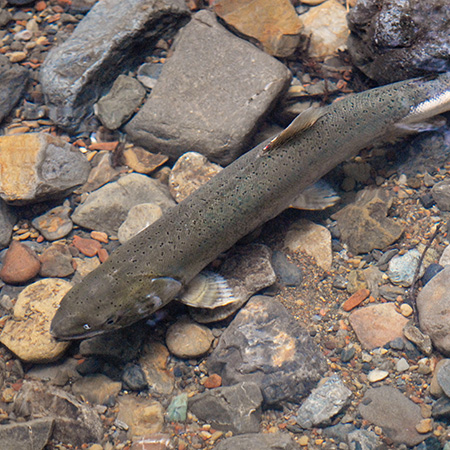 The desired conditions for Redwood Creek coho salmon populations are described in numerical targets for each life stage, as well as the critical habitat conditions that support those life stages. The National Marine Fisheries Service (NMFS) recovery plan for this species (2012) lists specific goals for the number of adult spawners and redds (nests), juveniles, and smolts (young fish migrating out to sea), and the amount of woody debris in the stream.

The overall condition of Redwood Creek’s coho salmon is Poor. Two of three year classes have been hovering near extirpation since 2008. Numbers of adults and redds are only at approximately 12 percent of the NMFS recovery goal, and smolts are at about 9%. The amount of woody debris is also below recovery goals.

Overall, this species is Declining. Over the last nine years (three generations) two of three year classes have remained at dangerously low levels in Redwood Creek, while the third year class recently declined. Wood loading is improving however, and the numbers of pools per mile have not changed.

We have Moderate confidence in this assessment based on the amount and quality of data we have on coho life stages, but there is some uncertainty around juvenile and smolt estimates. 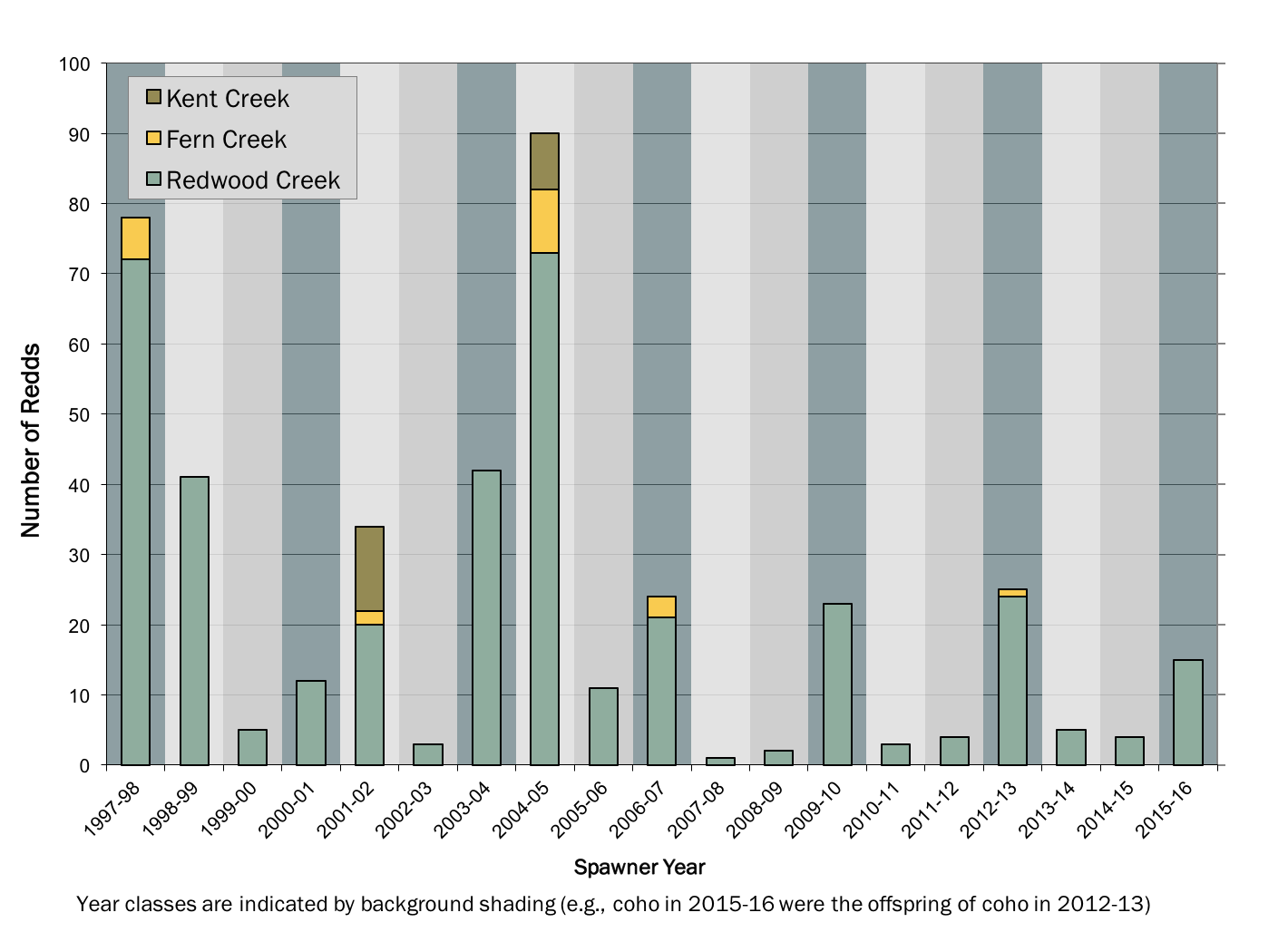 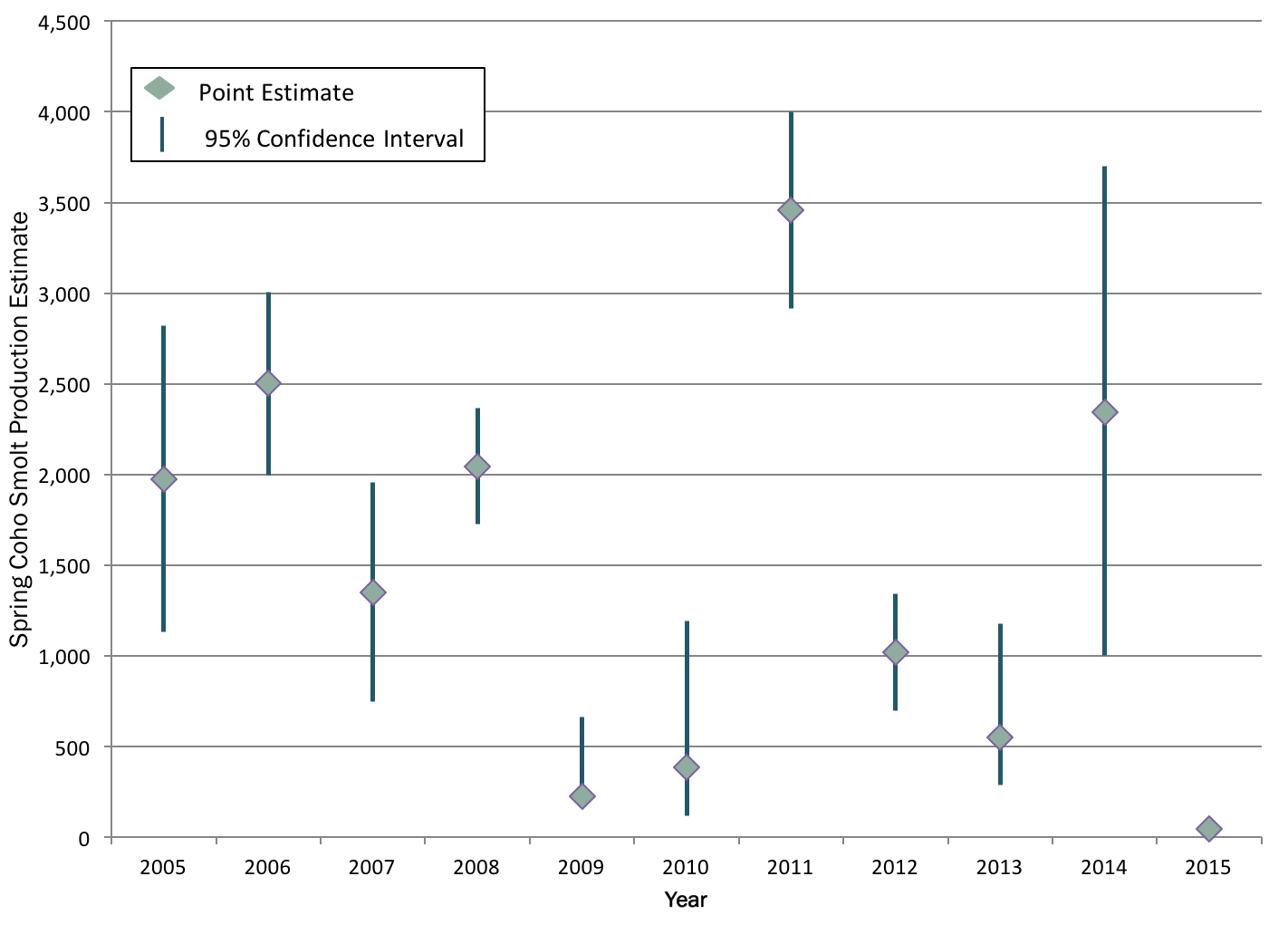