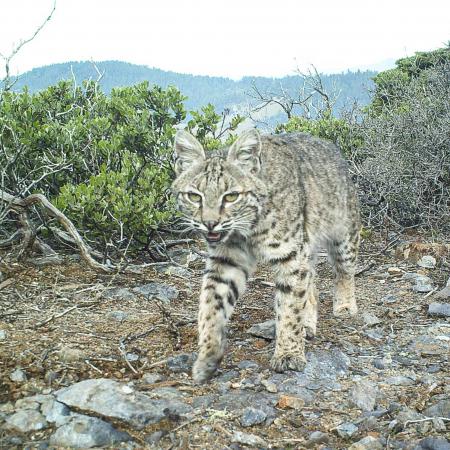 In September 2014, cameras were placed in a variety of habitat types throughout the Lagunitas Creek corridor as a part of the Marin Wildlife Picture Index Project (MWPIP). Looking at a suite of native mammals through the MWPIP provides a more complete picture of how terrestrial ecosystems on Mt. Tam are doing compared to looking at a single species and also provides information on rare and non-native species.

The full suite of expected native mammals is present, and there are no non-native mammals. Rare species are also found in suitable habitat types. MWPIP occupancy estimates are stable and indicate that all trophic levels (from small prey species to large predators) are represented at appropriate scales.

Results from preliminary data so far show most expected native mammal species are present in the One Tam area of focus, with an abundance of small mammals (prey species). Opossums and cattle have been the only non-native mammal seen so far (Townsend, 2015). The current condition of Fair reflects these promising early results combined with the fact that we have seen very few rare species such as spotted skunks and mountain lions.

Trends are Unknown because there are not yet enough data from the MWPIP to assess a trend in Mt. Tam’s mammals.

Our certainty in these conclusions is currently Moderate because only early data are available.

Preliminary MWPIP images (only three months were available at the time of this project because of the large amount of time it takes to catalog, verify, and analyze the data). 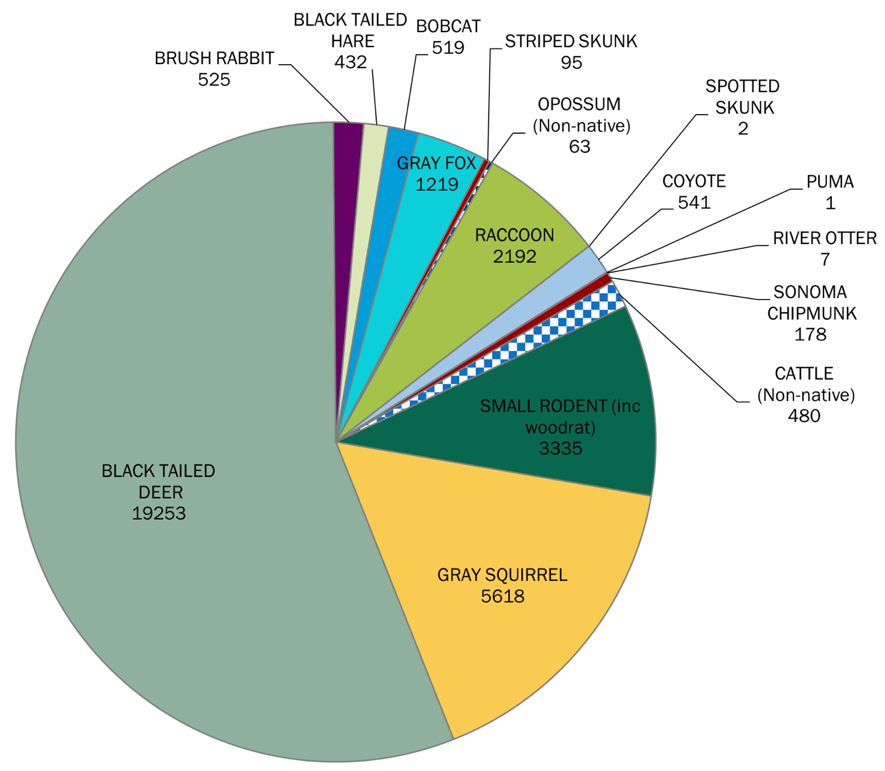