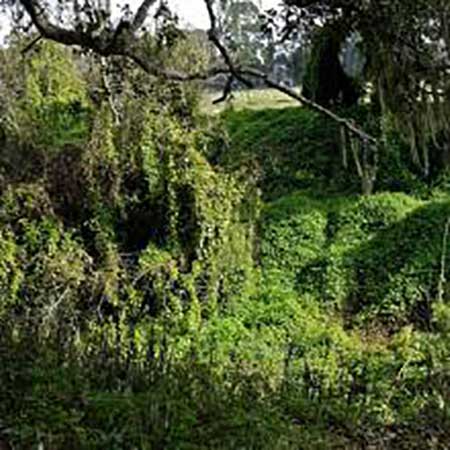 While all natural areas on Mt. Tam face some degree of threat from invasive plant species, some are more resistant to invasion than others due to varying soil types, moisture levels, and canopy density. Furthermore, small, patchy habitats have more gaps for invasive species to take hold, and more peripheral areas that may be exposed to invasion.

There are currently over 300 documented non-native plant species on Mt. Tam, representing about a third of the known plant species diversity on the mountain. Out of those, around 60 are priority species targeted for early detection, mapping, and control by the One Tam Conservation Management Team.

Highest priority species are those that are not currently widespread in Marin County or on Mt. Tam, but that have demonstrated a capacity to do harm to ecosystems in other regions or adjacent counties. Suitable habitat for these species is found on Mt. Tam, thus finding and managing incipient populations in the early stages is critical. In 2016, the One Tam Conservation Management Team was able to treat all instances of these highest priority species found during early detection surveys.

Other non-native, invasive species that are often widespread in the county and/or on Mt. Tam are managed by existing agency vegetation programs with staff and volunteer support. These species may become high priorities for removal when they are found far from source populations in small amounts. 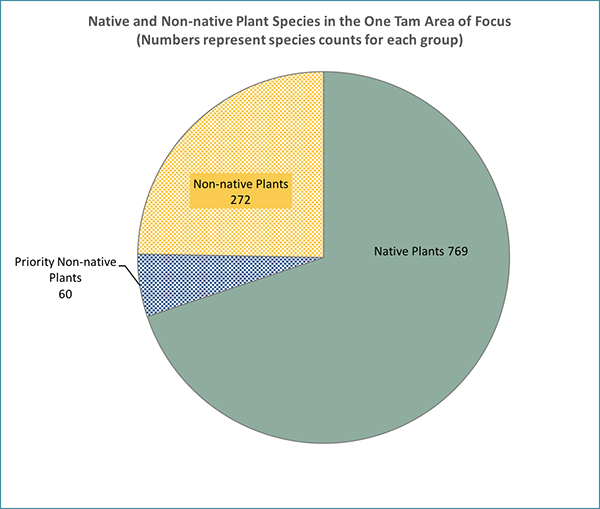 Non-native invasive animals compete with native species for food, shelter, and nest/den sites, and some also prey directly on native species. There are 27 known non-native animal species on Mt. Tam. Species of particular concern include: