Is Mt. Tamalpais at "peak health"? This question is central to One Tam's work, and to protecting the region's resources into the future. What do we know about the health of Mt. Tamalpais, and how do we know? What information are we missing? How can you measure the health of a mountain? In 2016, the One Tam partners came together to try to answer these questions, and kicked off an ongoing body of work we call Peak Health. This year, we have come together again for our first mountain-wide update. The 2022 One Tam Summit: Peak Health will present how One Tam has approached these questions and updates on what we're learning.

The One Tam Summit is a biannual program that brings together One Tam partner staff, scientists, students, and community members to learn about the health of Mt. Tamalpais, where we need more information, and how we can all help protect the mountain. These events bring actionable research to land managers, and provides a forum for sharing information with each other and with interested stakeholders and community members.

This year's Summit is a series! This page will serve as your map to find all related activities - see below for a current list of events and check back as more will become available. We are excited to offer different ways to engage in this body of knowledge we are building together.

Thank you to all who joined us for a Sneak Peak into Peak Health on October 26, where we heard brief updates on key Peak Health topics. Below you can check out the program and other event details. Catch the recorded livestream here >>

The One Tam Summit isn't over! Check out upcoming events in the series below, which will run fall 2022-spring 2023.

4:30 Science Soiree. Connection time with speakers, staff and community members. Pizza and beverages will be available.

You must register in advance to attend.

Seating is limited. If you are not able to attend, we hope to see you a future events in this series. This event will be livestreamed from this page.

Parking at the Junction may be limited. Additional public parking is available in the area - such as locations marked on this map (this map is not exhaustive, please verify your own arrival plan and try to arrive early). Biking, carpooling, and transit are encouraged if possible.

Registrants will recieve any updated event information by email.

Eric Ettlinger has a master’s degree in Wildland Resource Science from UC Berkeley, and has been working as the Aquatic Ecologist for the Marin Municipal Water District since 1999. His major responsibilities include monitoring populations of coho salmon, steelhead trout, and other aquatic species, and enhancing aquatic habitats, particularly through the installation of large woody debris.

Darren Fong has been the Aquatic Ecologist with the Golden Gate National Recreation Area since 1994 and works with the various creeping, crawling, and swimming organisms and the habitats that support them in the Park. Prior to this, he worked with the U.S. Fish and Wildlife Service and U.S. Forest Service. He has a M.S. in Wildland Resource Science from UC Berkeley along with a B.A. in Environmental Science.

Rachel Kesel is the Conservation Management Specialist for One Tam. Leading invasive plant early detection and rare plant surveys across the mountain, she thrives on a good search. Rachel has a fondness for grasslands, serpentine habitats, and the bounty of Bay Area biodiversity more generally.

Max started with Marin County Parks in 2014 as parks and open space superintendent, and has been director and general manager since 2016. He has a history of working for both local and federal parks and natural resources programs, including Conservation Corps North Bay, the Bureau of Land Management, and the U.S Forest Service. Max graduated from University of California, Santa Cruz with a degree in Environmental Science, and went on to obtain a Master of Science in Natural Resources from Humboldt State University.

Frederic Leist grew up on both sides of the Atlantic. After finishing a degree in Mediaeval Studies and Linguistics at Princeton in the early seventies, Frederic moved to Iran, where he taught English language and literature at the University of Isfahan. He travelled overland in Asia for a year, then worked as a freelance writer, editor and translator, before starting what has turned into a forty-plus year career in IT. Frederic has been a UC-certified California Naturalist since 2013, leads walks to show people spawning salmon in season, and is a Gulf of the Farallones Naturalist. He volunteers with a variety of organizations, such as Pepperwood Preserve, the Stewards of the Coast and Redwoods, and the Marine Protected Area Watch (specifically at Duxbury Reef). He has also been a frequent speaker at the Odd Salon, a group whose motto is "Expert Talks on Odd Subjects; Odd Talks on Everything Else."

Sara Leon Guerrero is a Program Manager with the One Tam Community Science team, where she helps further their vision to address ecological data gaps, implement long-term monitoring, provide formal and informal science education, and promote curiosity and participation in a wide range of audiences. She spends her time working in the field and with the public on the Marin Wildlife Picture Index Project, bioblitzes, and, soon, monitoring native pollinators. Prior to joining One Tam, Sara was a lab and project manager at the UC Berkeley Urban Bee Lab studying bee-plant relationships and working with local farmers to install native bee habitat.

Yolanda Molette is an applied Plant Ecologist and has a master’s degree in Ecology, Evolution and Systematics, Concentration in Conservation Biology from San Francisco State University. She started her career in conservation with the Parks Conservancy as a year-long volunteer at Wolfback Ridge in the mid-nineties. She worked as a summer botanical Biotech and a contractor with Golden Gate National Recreation Area, then moved on to working 16.5 years in natural resources compliance planning, permitting and surveying consulting work at CH2MHILL and ESA. Yolanda returned to the Parks Conservancy 2.5 years ago to oversee landscape-scale conservation/restoration management, planning, and community science programs. She remains an active community volunteer.

My name is Andy Nguyen, I’m 18 years old and I was born and raised in San Rafael in the Canal area and got into the LINC program summer of 2022. I enjoy learning about the relationships between organisms and their surrounding environment, like how they adapt/evolve, or just the anatomy of them (I lean more towards plant anatomy). I want to know more about botany and what it has to offer so if you’d like, please feel free to share what it’s like to study botany!

Rosa Schneider is a Senior Environmental Scientist with California State Parks in the Bay Area District's Natural Resource Management Program. Previously, Rosa worked for the Golden Gate National Parks Conservancy as a foundational staff member of the One Tam partnership, engaging the public in restoration and community science projects. She completed her M.S. in Biology at San Francisco State University, conducting research on endangered and invasive wetland plants. Rosa has also worked on regulatory permitting for the San Francisco Bay Conservation and Development Commission, monitored effects of fire on vegetation for the National Park Service, and taught middle school and high school science.

Suzanne grew up more attuned to the screech of trains in Boston than the melody of plants and animals. A well-timed visit to Colorado gave her the realization she is a "mountain person" and that all people should have access to the circle-of-life-affirming wonders of nature. Suzanne is the Volunteer Coordinator/Ecologist for Marin Water and has been so for 13 years. She finds joy in working with volunteers, as experiential education empowers people of all ages with critical thinking, observation, and leadership skills!

Learn about how sea level rise is impacting Bothin Marsh and what One Tam is doing to help. The tour will be led by our Evolving Shorelines project staff, including Rob LaPorte, Project Manager at the Parks Conservancy, and Veronica Pearson, Sr. Ecological Restoration Planner at Marin County Parks. This tour is part of the 2022 One Tam Summit: Peak Health.

This tour will happen right before the October 26 Sneak Peak in to Peak Health program (above) - you must register for each event separately.

Date/time: Wednesday, October 26, 1 pm. This tour will last about 45 minutes.

Location: Meets here (on the marshside path near the Holiday Inn Express in Mill Valley)

More details are available on the registration page. 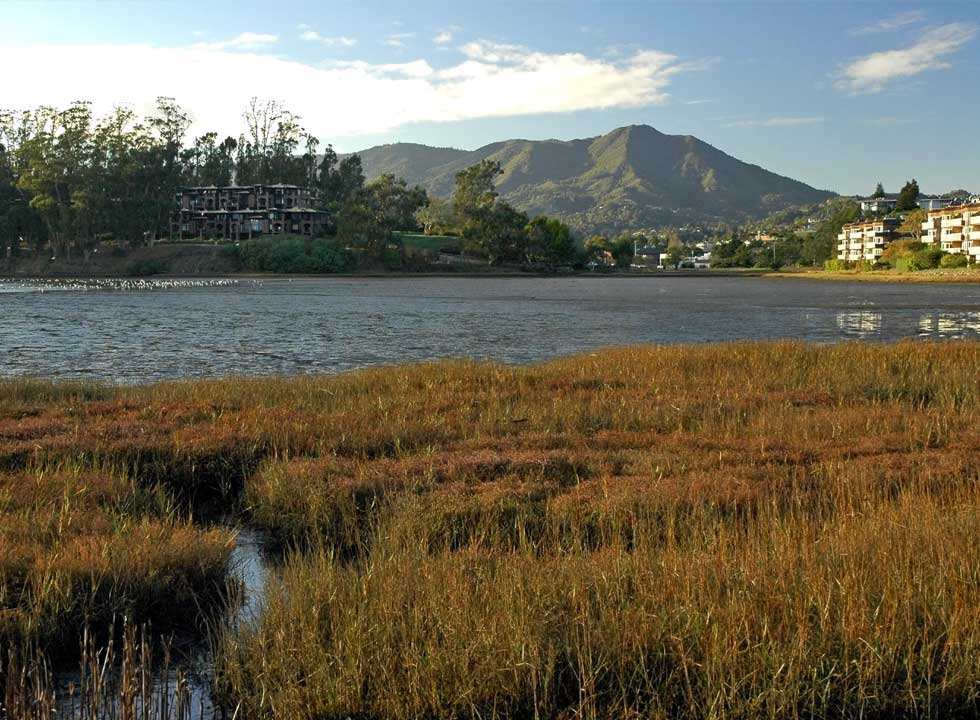 The Tamalpais Bee Lab is offering a special One Tam Summit edition of its volunteer programs.

This event is now full, but you can see other Bee Lab dates that may still be available this fall here.

In collaboration with Dr. Gretchen LeBuhn and her lab at San Francisco State University, One Tam is continuing our efforts to monitor and understand more about Mt. Tamalpais’ wild bees and other pollinators. Building on the initial 2017 survey of Mt. Tam’s wild bees, we’ll be expanding monitoring to the Golden Gate National Recreation Area, Point Reyes National Seashore, Marin Municipal Water District, California State Parks, and Marin County Parks from 2021-2025.

Community science volunteers play a critical role in this study by pinning, sorting, and labeling specimens collected from the field. Join us to connect with the One Tam community of staff and volunteers, learn more about Mt. Tam’s wild pollinators, and gain skills in scientific collections management and insect identification!

To comply with COVID-19 safety protocols, these events are limited to 12 pre-registered individuals on a  first-come-first-serve basis. More details on protocols and logistics will be sent to registered attendees the week of the event.  Please visit onetam.org/tamalpais-bee-lab for more information and FAQs about these events.

Learn about community science efforts that document the western monarch butterfly migration each fall and winter, and contribute to the official count for fall 2022! You'll also meet One Tam staff working to support monarch butterflies on public lands here in Marin and hear more about our work. Please dress warmly, wear walking shoes, and bring a pair binoculars if you have one (we will have some binoculars to share). Led by Ranger and Marin Community Liaison Mia Monroe, National Park Service.

Location: Fort Baker, parking lot at the corner of East Road and Down Road Trail (circled on page 2 of this map) 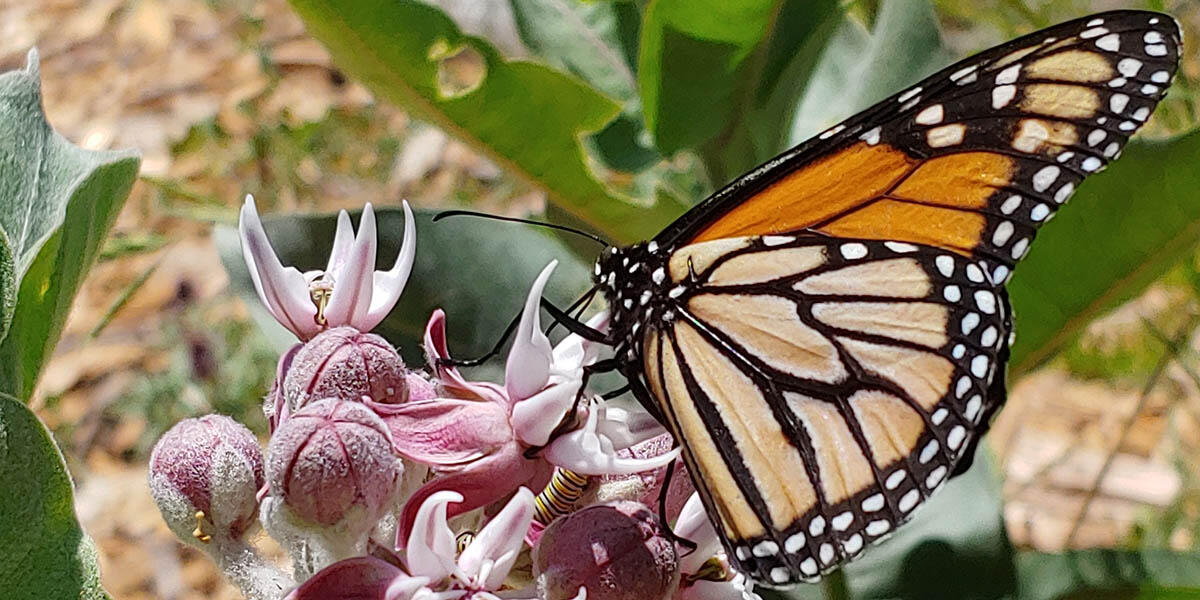 Learn about mushroom identification, contribute to our mushroom knowledge at Roy's Redwoods, and learn more about One Tam's project to restore habitat in this special spot.

Join us for a virtual opportunity to learn more about the why's and how's of One Tam's work to help improve the health and resilience of the mountain's forests.

Walk and talk with One Tam partner staff through a Forest Health project site. Learn more about the why's and how's of One Tam's work to help improve the health and resilience of the mountain's forests. Led by Danny Franco, Project Manager at the Parks Conservancy, and Suzanne Whelan, Volunteer Coordinator at Marin Water.

Saturday, May 6, 10am-12pm. Meets at the Lake Lagunitas parking lot. Bring your own lunch and have a picnic after the tour. 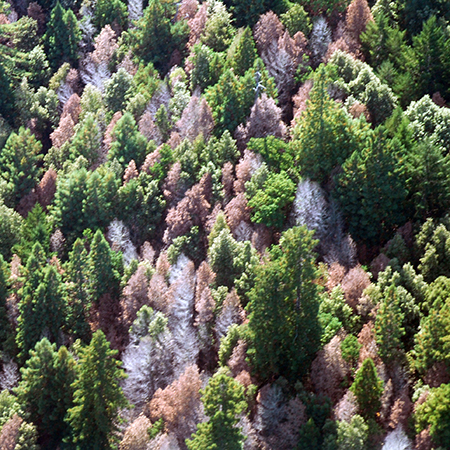