Iconic and beautiful Mt. Tam has stood as silent sentinel over the many changes that have shaped Marin County and the San Francisco Bay Area.

Home to the coast Miwok for thousands of years, Marin County was relatively slow to develop even after European settlement. At the beginning of the 20th century the county was dappled with farms and small communities. Large swaths of open spaces, clean water, fresh air, and diverse wildlife must have seemed so bountiful that early residents could have been forgiven for taking it all for granted.

Yet, it is within this context that the incredible vision and foresight of the area’s early conservationists took hold.

It is thanks to those early activists that Mt. Tam is now managed as a matrix of protected areas within a 195,000-acre network of interconnected open spaces. A global biodiversity hotspot, the mountain is a vital natural refuge. It also provides drinking water to nearly 200,000 residents and hosts millions of visitors each year.

Despite its protected status, Mt. Tam is threatened by the demands of a growing population, shrinking budgets, and looming environmental challenges such as invasive species, forest diseases, and climate change.

One Tam was formed in recognition that nature doesn’t recognize jurisdictional lines, and Mt. Tam’s boundaries are similarly irrelevant to visitors seeking fun, inspiration, renewal, and solitude. Everyone who loves Mt. Tam has a role to play in helping keep it healthy and vibrant.

Learn more about this incredible treasure in our backyard through the links below: 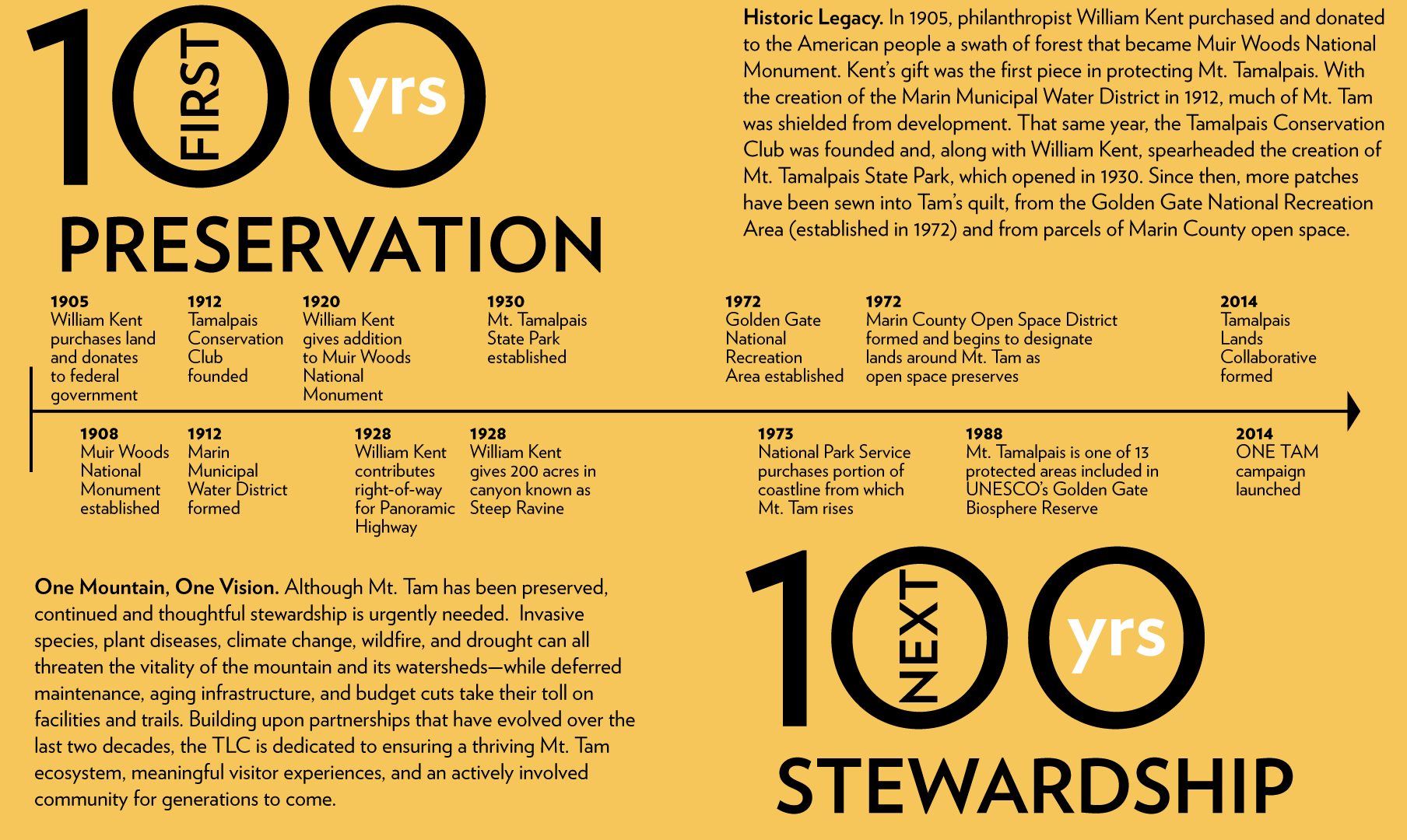